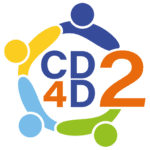 House of Representatives, Parliament of Somaliland

The Somaliland Parliament has a unique place in Somaliland’s long history of the formal state system. Since Somaliland was formally established as the British Somaliland Protectorate between 1884-18871, the territory was administered by the authorities sent from London, who were appointed as Commissioner or Consul-General. These appointed officials acted ‘as the chief authority in the Protectorate’ with full legislative, executive, and judicial powers ‘under the Secretary of State for the Colonies’ of the British government. That meant there was no elected government with separate branches established based on separation of power. After the Second World War, Somaliland was administered by the British Military Administration; and on its way to independence from the British colony, the first Legislative Council was established in 1957.2 Post- independence, the first parliament was elected in early 1960 in Somaliland’s first general election.

That first unicameral parliament was constitutionally named a ‘Legislative Council’ composed of 33 members and had functioned for a short period as a legislature in a parliamentary system of government.3 According to the 1960 constitution of Somaliland, this parliament had a three-year term unless dissolved for failure to form a government headed by a Prime Minister and composed of Ministers who were also members of parliament.

The “Legal Advisor” is expected to support the Speaker in all areas related to legal issues through training and capacity building for the legal team of the House. The overall objective for hiring legal advisor is to provide legal advise to the leadership of the House and technical support to the committees through coordination and organizing the Parliament business in accordance with the Parliamentary procedures.

The legal advisor will assist the House leadership in organizing and coordinating Parliament committees and the chairs of the committees to actively contribute in Parliament business Committee role in the Parliament. The Legal Advisor also intends to assist the Speaker in organizing the Secretary General and the Legal advisors of the House to effectively organize the operations in accordance with the House Internal Procedures.

The Legal advisor will assist and advise the Speaker in organizing Parliament sessions in accordance with House procedures through organizing and operationalising and micro-planning of the Parliament approved agenda.

Finally, The legal advisor will assist the House leadership and Parliament business committee in developing Parliamentary Committee a customized procedures which will enable each committees to do their business in accordance with House Procedures and the Constitution.

By the end of the assignment, the Legal Advisor will deliver the following outputs:

Schrijf u in voor nieuwsupdates.