ED4D was officially launched in Addis Ababa, Ethiopia in  June 2019.

“It is critical to ensure an effective implementation of this pilot initiative in order to consider it as a flagship project for other upcoming large-scale projects aiming at promoting the role of diaspora towards the development of the private sector as well as expanding employment opportunities in the country.”

Mr Frerik Kampman, Aid and Trade Officer from the Economic Department of the Embassy of the Kingdom of the Netherlands said that

“Promoting entrepreneurship via diaspora engagement can contribute to minimizing the unemployment and underemployment pressure in the country of origin.’’

Mrs. Frehiwot Tefera, Senior LHD Program Assistant at IOM Ethiopia, stressed the importance of partnership with all relevant stakeholders as one of the critical factors to ensure the success of the project.

Information was also shared among the participants on the currently developed draft national entrepreneurship strategy, an effort being speared by the Ministry of Trade and Industry in collaboration with UNIDO, UNCTAD and other relevant government entities including the newly established Job Creation Commission, under the Prime Minister’s office. IOM has accordingly been invited to attend the consultations of the technical working group that has been established to spearhead this process, which is believed to have significant contribution in terms of adding value to the deliverables not only under the framework of the ED4D project but also for upcoming initiatives. 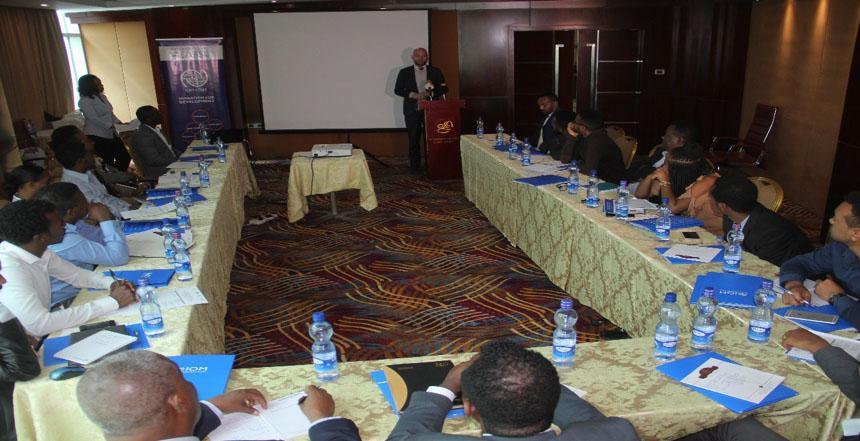 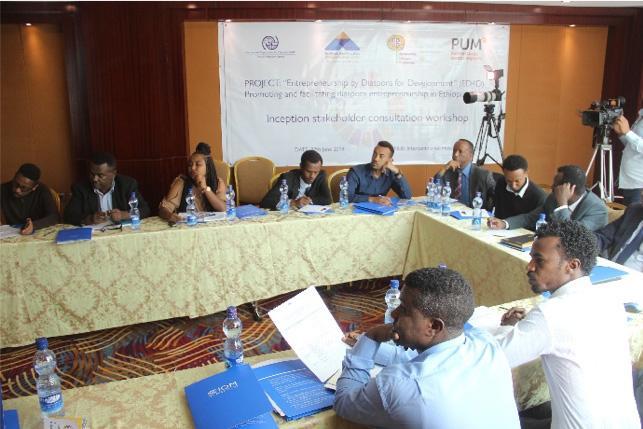