You are here: Home / Agenda / DIASPORA IN ACTION

The conference will be kicked off with keynote speeches followed by two expert panel sessions and two interactive workshop rounds.Each active CD4D country will be presented through a short introductory video and a CD4D participant. Registration for the workshops will be open soon. Participants will be notified of additional information in the coming weeks.

The event will be moderated by Georgina Kwakye.

Georgina Kwakye is an actress, presenter and trainer. She founded the Pimp my Village crowdfunding platform. As a half-Ghanaian and Hungarian, she is passionate about contributing to development projects. Through her media background and studies, she became a communication expert. She uses her communication skills and development experience in her work as a crowdfunding coach. These coaching sessions and training are catered to migrants wishing to contribute to their country of origin.

studied political science at the University of Amsterdam (1994) and obtained an MBA at the European University in Brussels (1996). Marit worked in Brussels from 1994 to 1996 at the European Commission and the European Parliament. In 1996 she joined the Ministry of Foreign Affairs and worked in various functions in The Hague at the Humanitarian Aid Division, the Office of the Secretary General and was member of the management team of the Consular Affairs and Migration Policy Department. She was second secretary at the embassy in San Jose, Costa Rica and political counsellor in Beijing, China. She was also seconded to the Ministry of Justice for a period of two years. From 2012 to 2017, Marit was a member of parliament for the Dutch Labour Party; she was spokesperson for asylum and migration and European Affairs, and political secretary of the group. From 2013 to 2017 she was also a member of the Parliamentary Assembly of the Council of Europe. Marit Maij has been appointed Special Envoy Migration in May 2017.
Prof. dr. Josette Dijkhuizen (key note speaker) 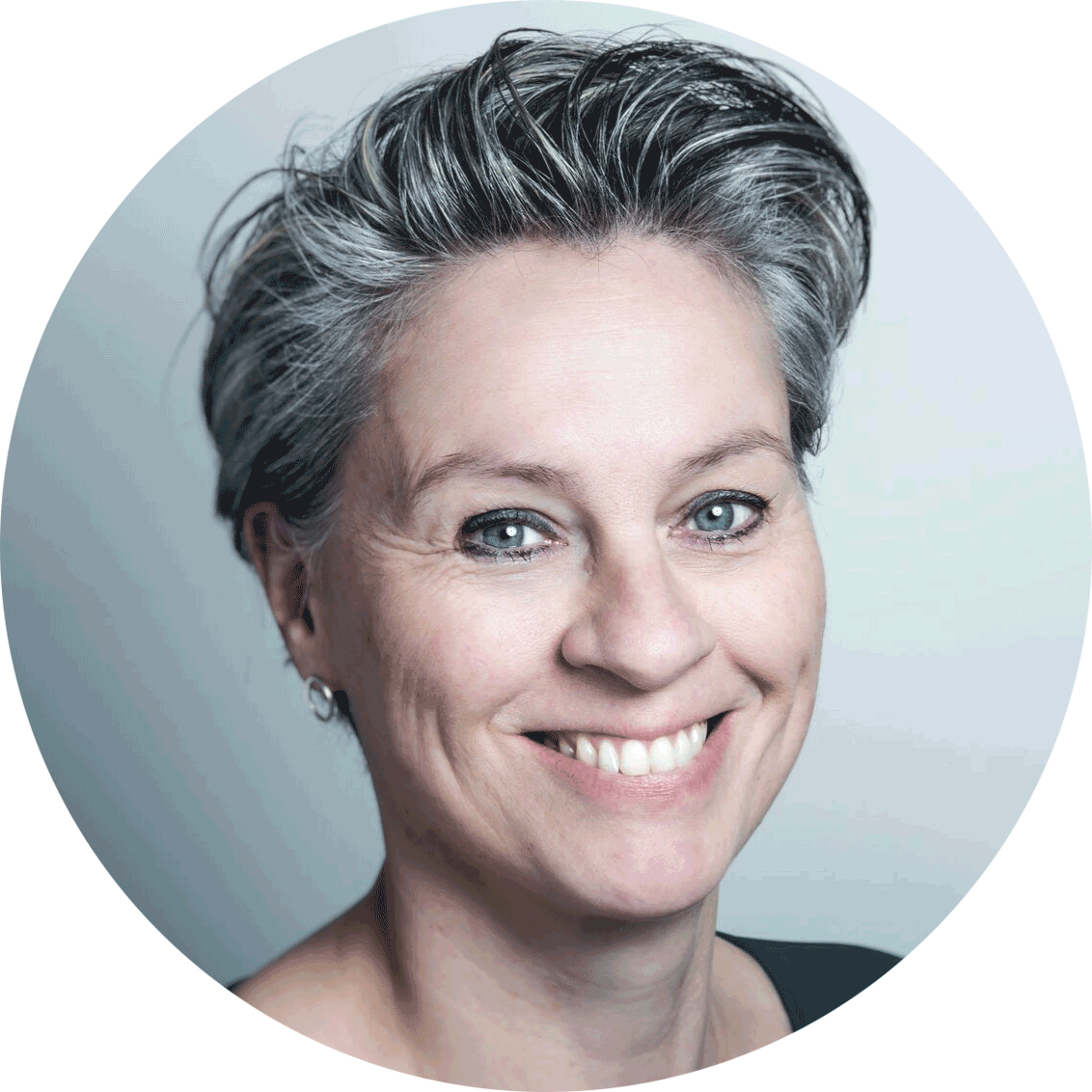 holds a master’s degree in marketing, in Management & Organization Sciences and also has a certificate in coaching. She worked for ten years at different international SMEs in sales and marketing jobs. In 2005 she quitted her job to start her own company. Ever since she works as an inspirational entrepreneur(ship) consultant and mentor for business owners, organizations and networks. Her passion for entrepreneurship, combined with her experience and knowledge, is expressed in her presentations and books, such as Startershandboek (a practical handbook for start-ups), Het ondernemersgen (the entrepreneurial gene), and Vallen, opstaan en weer doorgaan (fall, rise and proceed). Josette was appointed as Women’s Representative in the Netherlands Delegation to the United Nations General Assembly 2013. She spoke at the General Assembly in New York about women’s entrepreneurship. Her motto ‘practice what you preach’ is shown by setting up Krachtbedrijf Foundation to assist survivors of (war, domestic or sexual) violence to start-up their business. From this she started the photographic documentary Selling Strength about women entrepreneurs in refugee settlements.
Melissa Siegel (key note speaker)

is a Professor of Migration Studies and Head of Migration Studies at the Maastricht Graduate School of Governance (MGSoG) and UNU-MERIT. The MGSoG is responsible for the impact evaluation of the CD4D project and has already done so for CD4D’s predecessor, the TRQN project. Moreover, Melissa has advised, worked on or headed projects for the Dutch Government, Swiss Development Cooperation, German Development Cooperation, the IOM, UNHCR, ILO, UNDP, ICMPD, World Bank, OECD and others. She is also regularly involved in migration-related trainings for governments and international organisations (i.e. UNICEF, UNRWA, EIPA, Dutch Government, Iranian Government, Turkish Government) and teaching at the Bachelors, Masters, and PhD level as well as teaching in the United States, Malaysia, Mozambique, Afghanistan, Georgia, Azerbaijan and Suriname. She has also given advice to the United Nations and European Commission on migration issues. Her main research interest lies in the causes and consequences of migration with a strong emphasis on the linkages between migration and development.
Dr. Mohammad Homayoon Azizi (panel speaker)
was appointed as the Afghan Ambassador to the Netherlands on 25.10.2017. In January the same year, Azizi was injured from an explosion at the governor's compound. His subsequent hospitalization lasted 2 months. He obtained his PhD in medicine from the Kabul Medical University and practiced medicine as a general surgeon. In 2010, he was the Minister of State for Parliamentary Affairs and member of the National Security Council of Afghanistan. Since 2015, he is the provincial governor for the southern Kandahar Province of , Afghanistan.
Nathalie Lintvelt (panel speaker)

is the head of the Migration and Development Department of the Ministry of Foreign Affairs (MFA) in the Netherlands. Here, she oversees the development of policies and programmes to support countries that host large numbers of refugees. Before she joined the MFA in 1996, she obtained her master's in Political Science and International Law. She has held several positions, a.o. as head of the United Nations Department and Head of the Economic Department at the Embassy of the Kingdom of the Netherlands in Iran and later in Indonesia.
Alain Nkurikiye (workshop leader)

is in the midst of developing Wajenzi, a crowdfunding platform promoting migrant investments in small and medium-sized enterprises (SMEs) in emerging nations. Alain has more than 10 years’ experience in spanning investment in financial institutions and small and medium enterprises in Africa and Europe. He will reflect on what is needed to enhance diaspora investment in their country of origin.
Karel Uyttendaele (panel speaker and workshop leader)

worked in ICT at organizations such as Hewlett-Packard and the federation of Belgian technological industries. Currently, he is the coordinator of the Belgian ‘Circular Migration for young highly-educated Africans’ project. Having interviewed more than 500 engineers and economists from Africa, many of them received the opportunity to work and learn at advanced industrial companies in Belgium for a year. When they return to their country of origin, they transfer and apply their new knowledge about modern technologies and advanced industrial business processes.
Deepali Fernandes (panel speaker and workshop leader)

is Senior Migration and Economic Development Specialist at IOM Geneva. She completed her BA (Economics) and LLB in India, and her LLM in London (SOAS) and is currently working on her PhD (Finance and Trade). Deepali worked as an International trade consultant with UNDP, WTO and SADC, as Economics Affairs Officer with UNCTAD for 8 years and in private practice in India and the UK prior to tha
Dr. Awil Mohamoud (panel speaker)

is a Board Member of the African-Europe Diaspora Development Platform (ADEPT), a Europe wide network of the African Diaspora Development Organisations based in 28 EU countries, Norway and Switzerland. He also is the Director of the African Diaspora Policy Centre (ADPC), a leading African diaspora think tank in Europe devoted to the study of migration and development related issues from the perspective of the diaspora. Dr. Mohamoud holds a doctoral degree in state collapse and post-conflict development in Africa from the University of Amsterdam. Since 2000, he has been acting as a consultant on the African diaspora and development related issues to the Dutch Ministry of Foreign Affairs.
Birgitte Vos (workshop leader)

is works at Nuffic as Partnership Development Officer and responsible for setting up partnerships between Dutch and international organisations in line with focus countries of the Ministry of Foreign Affairs' capacity development programmes. She joined Nuffic in 1997. Since then, managed and developed a number of scholarship programmes and capacity development projects in Bangladesh and Myanmar. Currently she is involved in institutional cooperation projects in Lebanon.
Debritu Mogesse (workshop leader)

is an Ethiopian entrepreneur, Founder of Meskel Company which imports Ethiopian products into the European market, and Co-Founder of Moyee Coffee, coffee manufacturing effort in Ethiopia. As an intermediary between the European and Ethiopian markets, she combines both her cultural and business knowledge to form a bridge between the two markets.
Fatumo Farah (panel speaker) 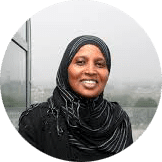 has served as Director of the Himilo Relief and Development Association (HIRDA) Foundation since January 2008. HIRDA foundation is one of the leading migrant and diaspora development organizations in the Netherlands and in Somalia focusing on linking migration and development. Mrs. Farah is devoted to advocating the contribution of Diaspora/ Migrant to the development of their home countries as well as the hosting countries.
Kunikazu Akao (speaker)

is the Project Manager for Diaspora Engagement in IOM Sierra Leone since July 2016. He handled several projects such as the post-Ebola project and Disaster Reduction and Response project. Regarding Japan-funded Diaspora project, his team organized free surgical operation, held a Diaspora Agribusiness Investment Forum to enhance investment by Diaspora, and launched an E-Learning platform for diaspora professors to provide training to students of the Sierra Leone University.
Einav Jacubovich (workshop leader)

formerly worked as VP, Creative Director at international advertising agency Publicis in New York. She has over 10 years experience with both multi-million dollar global brands, and pro-bono initiatives with $ 0 budget. Her clients ranged from Heineken, Medecins du Monde, Cadillac and Proter & Gamble. She is currently focused on working with a number of NGOs on pro-bono causes with the aim of raising donations and awareness.
Max Koffi (panel speaker) 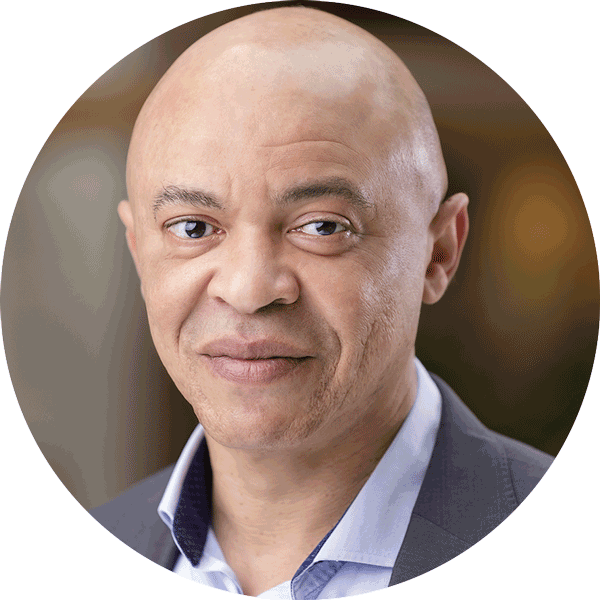 and African migrants from different countries in the Netherlands initiated Africa in Motion (AIM) in 2010. AIM is connected to migrants from 18 African countries in the Netherlands, through national umbrella organizations, student associations, African women associations and representatives of embassies. AIM develops innovative business models allowing migrants entrepreneurs to step into partnership with Dutch SMEs or knowledge institutions to improve the quality and the sustainability of their products or services in Africa while also providing them with intercultural communication trainings.
Yvo Hunink (workshop leader)

is an innovation advisor at The Hague Municipality and works extensively on using Blockchain technology for the development sector. Passionate about how Blockchain could transform the role of NGO’s and international organizations, he will discuss how the technology can be applied to mechanisms of international development
Mulugeta Kelil Beshir (panel speaker)

is the Director General for the Diaspora Engagement Affairs Directorate in Ethiopia. With an academic background in human resources and economics, he served as Ambassador of Ethiopia to the Republic of South Africa and Minister Counselor of Ethiopia in Washington DC. Before he started his political career, Mr. Mulugeta worked as a lecturer at the Ethiopian Civil Service University and taught economic courses to bachelor students.
Joseph Lansana (workshop leader)

is the Private Sector Manager at the Office of Diaspora Affairs (Ministry of Political and Public Affairs) in Sierra Leone. As a graduate of the Sacred Heart University in Milan, Italy, where he obtained a MBA in Global Business and Entrepreneurship. Mr. Lansana was a lecturer at the University of Makeni and taught business plan writing, business strategy and project management. Previously, he also worked as a marketing manager in the agribusiness unit at the Ministry of Agriculture in Sierra Leone.
Previous Post: «